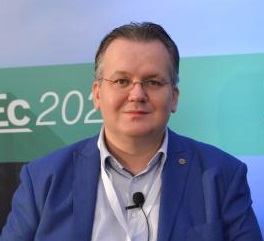 As a co-owner and manager of the architectural studio Artek Studio and S Architectural Team, he works on significant projects: Infiniti Car Show, Hyundai Car Show, Mall and Serdika Sofia Center office building. Arch. Stanislavov is the author of several projects related to building a contemporary image of the National Palace of Culture. He has managed projects of national importance, such as the one for the restoration of the Synagogue in Vidin, and has won a prize for the project Remodeling of St. Sofia Hall in a plenary hall in the National Assembly building.

In parallel with the architectural work from 2004 to October 2015 arch. Stanislavov makes his personal contribution to the publishing industry by working with some of the world's largest publishing companies such as BBC Worldwide, CondeNast, Hola !, AxelSpringer, Economist.

Since November 2015, he has been the Executive Director of Automotive Cluster Bulgaria and works to promote and effectively develop the automotive industry in Bulgaria.

With the support of